These yards build and repair the tugboats, towboats and barges for the domestic water transportation industry; the supply boats, crewboats, and other specialized vessels for the offshore service industry; and a wide variety of fishing vessels.

They are also typically responsible for the construction and repair of the Navy's smaller vessels, the Coast Guard fleet, and vessels operated by the Army Corps of Engineers and NOAA.

In order to develop an accurate statistical profile of the industry, which can be utilized to identify trends for use in legislative and regulatory issues which affect secondtier shipyards, this survey has been conducted under the auspices of the Economic and Commercial Committee of the American Waterways Shipyard Conference.

Information on employment, new construction, and repair activities for this survey were compiled on a voluntary basis from approximately 250 second-tier shipyard facilities, and includes data from the years 1980 to 1989. The American Waterways Shipyard Conference is the only association which collects this type of information for the second tier of the shipbuilding industry.

Employment Trends The "Employment Information and Trends" section of the survey contains information on activities directly related to employment in the shipyard facility.

The surveyed group contains a majority of the major employers found within the second tier commercial shipbuilding industry.

That was the last year to show a decrease in employment. Since 1984, employment has gradually increased each year until dropping again in 1988 to a level of 11,424.

Tables 6 and 7 contain information generated on new construction and repair activities for the years 1980 to 1989. Tables 6 and 7 further substantiate evidence of the recovery being experienced by small- and medium-sized shipyards. Between 1988 and 1989, there was a 70 percent decrease in the number of power- driven vessels constructed. Most of the decrease, however, was in the category of military vessels; 417 built in 1988 and 39 built in 1989.

There was a 53 percent increase in the construction of river barges.

In this category of power-driven vessels there was a 7 percent decrease, while there was a 5 percent increase in the repair of off- shore barges.

Graphs 2, 3 and 4 visually depict new construction activities for the second-tier shipyards for the years 1980 to 1989. The graphs are divided by vessel category—Power Driven Vessels (Graph 2), River Barges (Graph 3), and Offshore Barges (Graph 4). Each graph represents the new construction activities for all specific types of vessels which fall under each general category. 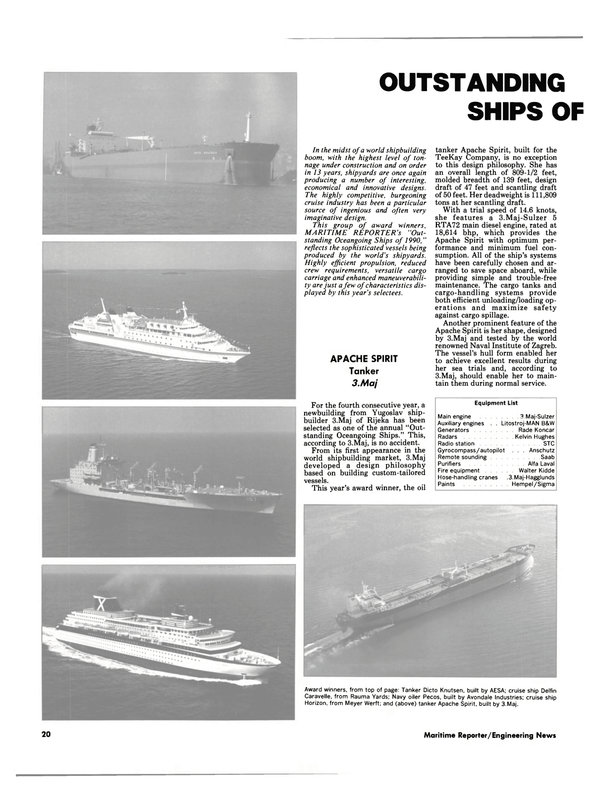