Since the days of wooden hulls and human power, lifeboat crews have put to sea through dangerous surf to save the lives of their fellow seamen. The first engine powered boats allowed decks and cabins that afforded a greater level of safety. When the U.S. Coast Guard developed its 47-foot surf boat in the late 1990s, a whole new standard for lifeboats was set.

The ultimate expression of the 47 MLB’s indominable nature is its ability to self-right if overturned. Not only will the boat turn right-side-up, it will do so with both main engines running and ready to drive the boat ahead. Meeting this demand is a tall order for any engine that would hope to qualify for the repower and upgrade, but Cummins met that challenge. After extensive testing, a pair of US-built, 6-cylinder, Cummins QSC8.3-M engines were chosen for the repower as part of the MLB Service Life Extension Program (SLEP). These EPA3-rated engines have four valves per cylinder and produce 530 BHP each at 2,600 RPM. They replace the original 435-hp Detroit 6V92TA mains. The new engines exceed the contracted requirements in terms of noise reduction and fuel economy.

The current in-service MLBs were built from 1997 to 2003 and are now approaching the end of their original 25-year service life, so in August 2019 the Coast Guard awarded Birdon America a $190 million contract to perform the SLEP for its 47 MLB fleet. The firm-fixed price, indefinite delivery, indefinite quantity contract is for the design, development, testing and upgrade/build of USCG MLBs over a period of five years with an option for an additional five years.

In the summer of 2020, Birdon America delivered the first of the upgraded 47 MLBs which was accepted by the U.S. Coast Guard. It had passed or exceeded all the U.S. Coast Guard requirements under the contract. Birdon will now proceed with the service life extension of over 100 of these vessels built between 1997 and 2003. Work on the first boat was completed at the All-American Marine yard in Bellingham, Wash. Other west coast boats will follow. The 47 MLBs on the east coast will be upgraded at an east coast yard beginning in 2022. 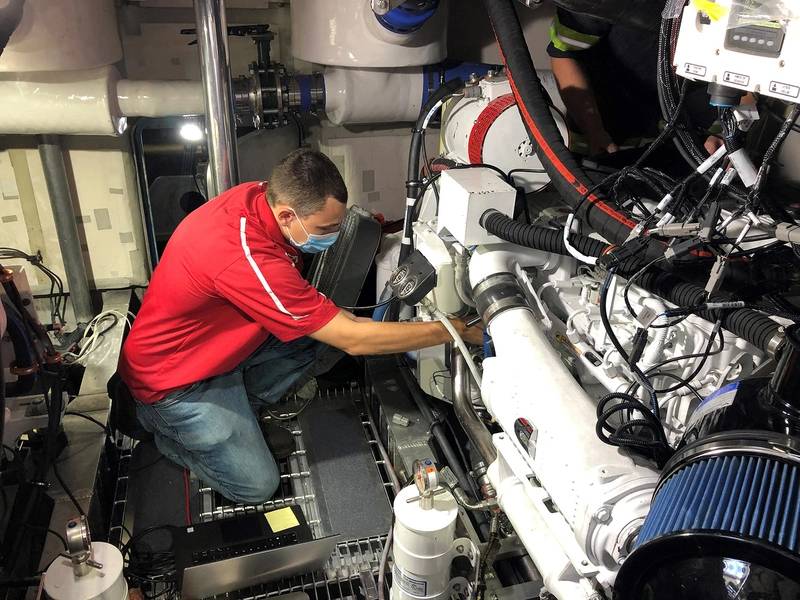 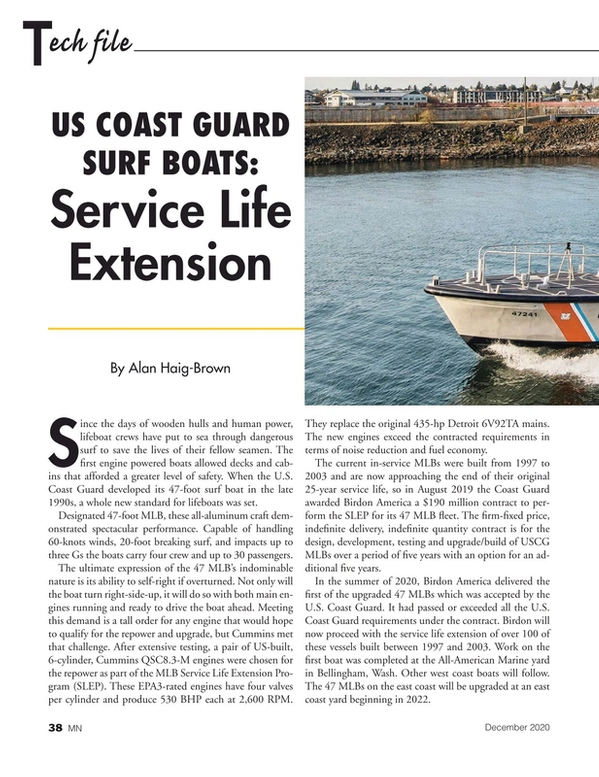